Let it sink in.....This is It....all that you have searched for...all you've ever needed or wanted. The search is over, forever. Isn't it wonderful? Sure, problems will likely come,(who knows?) challenges, too, but YOU won't mind....Some say that God or Oneness (or whatever name you like) doesn't care, but This is not some cold indifference. God or Oneness (YOU!) just doesn't see anything wrong.

All the while "you" thought that "you" were suffering, there was only This, here. There was never anything but Grace. There never was a "you" to suffer, so what happened? Isn't it just a memory now? And what is that? Isn't that just an energetic movement in ..... YOU?

Where is the Enlightenment, the Liberation, the Shining Awareness that everyone is talking about? It's here, now. It's all YOU. So close that it's impossible to see. You can only BE it. You've always been it.

There is no separate "you" to do anything about any of this....nowhere to turn, where YOU are not...complete, peaceful joy, wanting nothing, delighting in everything....this is the Full Stop. This is Grace. Always here.

The Story is Grace

There is something exquisitely okay about the story appearing now. The yes to what is, is so powerful and so solid, whatever appears is dro... 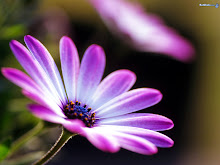 Consciousness and life - both you may call God; but you are beyond both, beyond God, beyond being and not- being. ~Sri Nisargadatta Maharaj

For everything that lives is holy, life delights in life. ~ William Blake

Know that He is never in anything, nor is anything in Him. He
is neither inside nor outside of anything. None can see Him,
whether with the eyes of the head or with the inner eye; nor
can any conceive Him with senses, knowledge, mind,
intelligence or imagination. Only He can see Himself; only He
can conceive Himself. None can know Him; only He can know
Himself. He sees Himself by Himself; He conceives Himself by
Himself; He knows Himself by Himself. None other than He
can see Him. None other than He can know Him. That which
hides Him is His oneness. None but Himself can hide Him. The
veil that hides Him is His own being.

He is not within you; nor are you in Him. He does not exclude
you, nor are you excluded from Him. When you are addressed
as you, do not think that you exist, with an essence and
qualities and attributes; for you never existed, nor do exist, nor
ever will exist. You have not entered into Him, nor He into
you. Without being, your essence is with Him and in Him.
Without having any identity, you are Him and He is you. If you
know yourself as nothing, then you truly know your Lord.
Otherwise, you truly know Him not.

You cannot know your Lord by making yourself nothing.
Many a wise man claims that in order to know one's Lord one
must denude oneself of the signs of one's existence, efface
one's identity, finally rid oneself of one's self. This is a mistake.
How could a thing that does not exist try to get rid of its
existence?

If you think that to know Allah depends on you ridding
yourself of yourself, then you are guilty of attributing partners
to Him, the only unforgivable sin; because you are claiming
that there is another existence besides Him, the all-existent;
that there is a you and a He.

Therefore, do not think anymore that you need to become
nothing, that you need to annihilate yourself in Him. If you
thought so, then you would be His veil, while a veil over Allah
is other than He. How could you be a veil that hides Him?
What hides Him is His being the One Alone.

The condition for self-knowledge is to know that if you had a
being of your own, independent of other being, then you would
neither have need to annihilate yourself in Allah nor to know
yourself. You would have been, as yourself, a God, self-
existent; while it is Allah Most High that is free from the
existence of any other God but Himself.

And when you come to know yourself, you will be sure that
you neither exist nor do not exist, whether now, or before, or
in the future. This is the meaning of _la ilaha illa Llah_, There
is no God but Allah, there is no being but His, nor any other
except Him, and He is the only One.

Is one to consider a decaying corpse or excrement as God?
Allah most high is beyond and free from such associations. We
address those who do not see a corpse as a corpse or
excrement as excrement.

Then when you see what is around you as not other-than-you,
and all and everything as the existence of the One; when you
do not see anything else with Him or in Him; but see Him in
everything as yourself and at the same time as the nonexistence
of yourself; then what you see is the Truth.

That is why the utterance became permissible for Mansur Al-
Hallaj when the words, "I am the Truth!" came from his lips;
and for Abu Yazid Al-Bistami when he cried, "Praise be to Me,
the essence, absolved of all defect!" These are not people who
have annihilated themselves in Allah; nor have they come to be
in Allah. They are eternal. They never ceased to be, for they
never were, since there is only Allah's self, Allah's essence.

So if someone says, "I am the Truth!," do not hear it from any
other than from the Truth Himself; for it is not a man who says
it, it is the word of Allah. That man who utters these words is
nothing but an image reflected in an empty mirror, one of the
infinite attributes of Allah. The reflection is the same as that
which is being reflected, and the words of the image are the
reflected words of the Real One.